This weekend we headed up to the Craftsbury Outdoor Center to partake in the final Eastern Cups of 2012.  After skiing the course, we drove back to the rented house: not such an easy task. 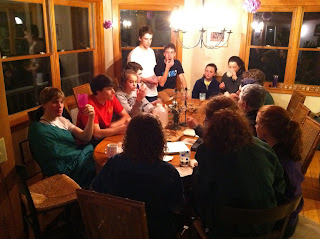 45 minutes, and what seemed like 45 detours later we arrived.  Eventually after some key troubles we finally ate and slept.  Thank God we did not have to get up until 8:00! 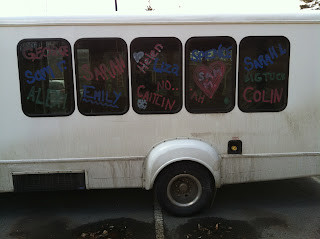 Earlier in the week we had christened our van “The Yeti” and decorated it with various upbeat knic-knacs. 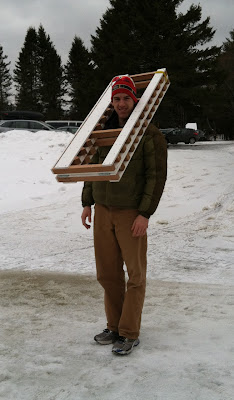 The Weekend began with the Williams Carnival Saturday morning; the Silver Fox Trot was in the afternoon.  It was a classic race this year with distances ranging from 5k for J2 boys, J2 girls, and Women, to a 10K for the Men’s field.  Paddy Caldwell, one of our alums, had an outstanding performance on Saturday and won the Eastern Cup, beating many accredited college skiers.  Three of our J2s raced their first Eastern Cup on Saturday, and all thoroughly enjoyed the jazzy experience.  Colin described his pre-race, race, and post race experiences as feeling “jazzed as a cat!!!!”.  Well done Colin.  Thanks to the coaches, who double as equally amazing wax techs, we had most likely the best kick and glide of all competetors.  As one of the timers for Sunday’s race, Dennis had to stay for a meeting.  Three hours later after we had all eaten dinner and cleaned up we decided he must have lost the car keys, and went to go look for him, but just in the nick of time he pulled in the driveway.  It was a long meeting… 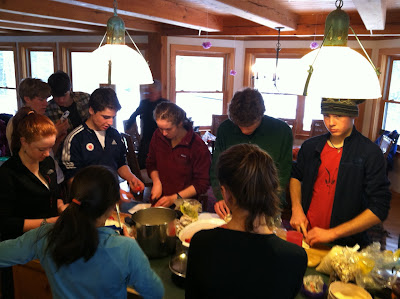 Sunday began at 6:00. The Cheri Walsh memorial race:5k for J2s, 10k for women, and a long 15k for men.  Despite the incredible conditions, and the firmness of the snow throughout the day, it took a lot of energy to get around the course 3 times.  We all managed to keep our poles intact, even with the mass start for all races and the assortment of baskets left on the race course.  The only causualty of the day was the squirrel that Helen hit while speeding down the last hill of the course.  It survived the collision, but the same cannot be said for Helen.  As the fog was burned off by the persistent sun, many people rocked our new trucker hats throughout the weeked and in the races.  The crew had some decent and quality races throughout the weekend, and were cheered on by our new, slightly unsettling team mascot: the Horse Head.

Many goals were met, and many more to work on.  Let’s hope that the bobble hula dancer on the dash keeps the gas cap together until repair!  On our return trip we had our traditional annual stop at Dunkin’ Donuts.  This tradition is thoroughly enjoyed by all. 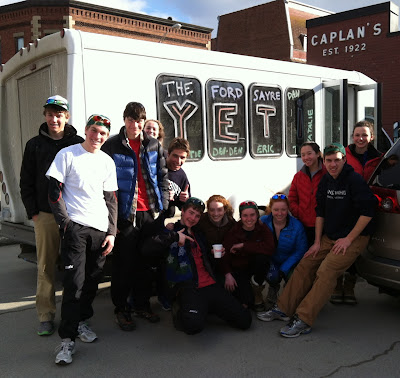 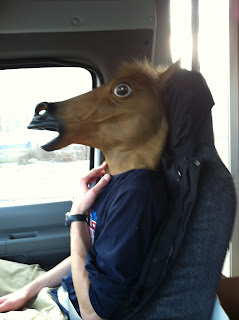