by the crew in the van

This weekend was the first Eastern Cup and most of the older racers went for the all the races.  Not only was it the first races of year for most, it was the first groomed skiing for more than half of our racing team.  We were not alone.  Very few skiers from New England had spent much time on snow, which there was not much of anywhere.  With the hard work of the Craftsubury race organizers, a1.4 kilometer loop of manmade snow was maintained for our enjoyment.  The fist day was a sprint of 1.4km with all age groups and genders mixed into one medley of fast moving skis and bodies.  Our results ranged from mid 50’s finishs to mid 100’s.  With these results we were seeded for the afternoon prologue which was a 3km classic race.  We returned to our homestead in Glover, VT and proceded to make a lovely burrito dinner followed by brownies and ice cream.  The final day of racing was a 4.2km race for the J2’s and Women, and a 8.4km race for the Men’s field.  With lots of alums and friends in the field our day was filled with racing, cheering, and catching up with friends.  Despite the chilling weather that assailed us throughout the weekend we handled our temperature well with layers and big puffy jackets.  Dennis even helped us discover a warm room for volunteers that the girls used to regain feeling in their toes after the final races.  Overall, the weekend was a good start to the racing season.  It was full of good racing, some homework time, and most importantly, delicious cookies and brownies.
Thanks to Janet for all of these great Saturday photos!  (click on any photo to see a larger version) 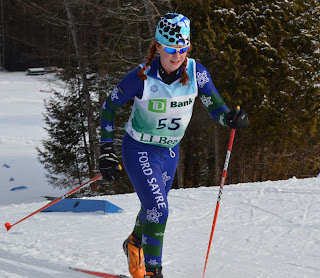 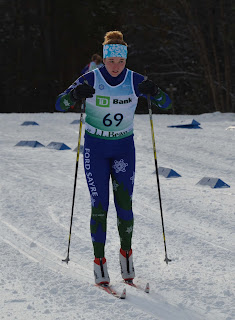 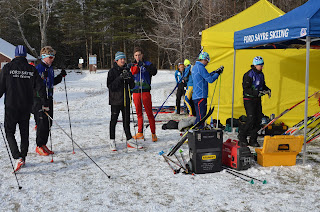 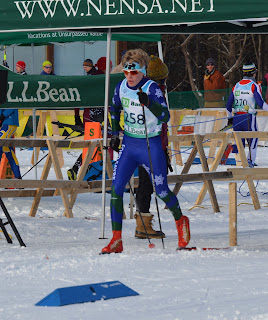 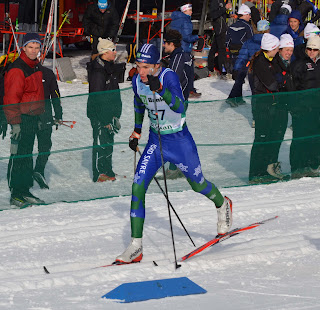 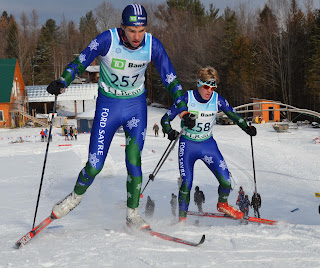 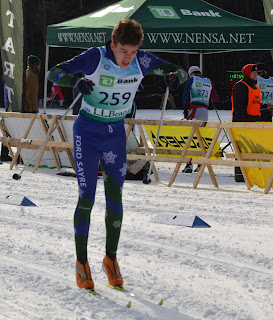 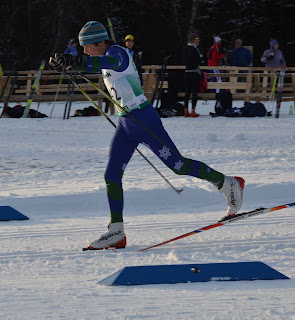 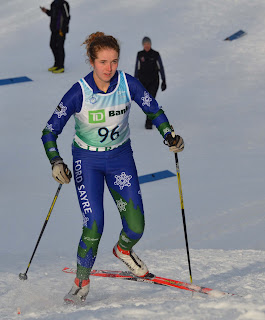 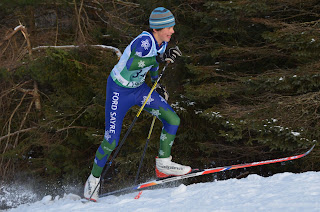 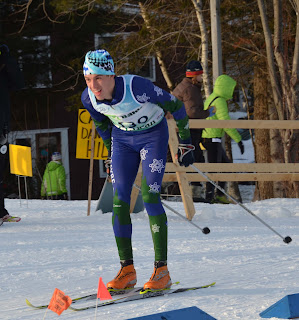