↓
Home Menu ↓
Skip to primary content
Skip to secondary content
Saturday 10.29.11 Father of JNT Skier Emily Muller and I hopped on our bikes for a visit to the new Strafford Nordic Center. After a “shortcut” to Strafford we rode up to the ski center from the valley via Carpenter Hill and Ayres Road. Although this route presented beautifully unique vistas it was rather steep and narrow: don’t go this way in winter. Access either by Cross Road, or better, Brook Road out of Strafford Village which is paved. 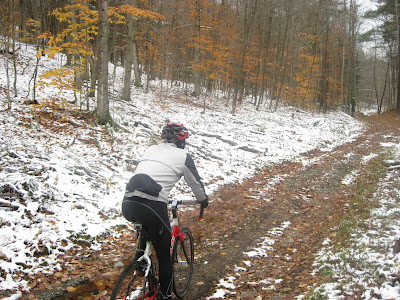 We met Rett Emerson and his father. Rett was busy clearing brush along electric fence lines in preparation of the snow forecast for Saturday night, but had the time to orientate us to the land and location of the trails.

We left with two impressions: the setting is beautiful, a blend of forest, rolling hills, old orchards and open fields and second, something one really appreciates when riding a bike, its at a fairly high elevation, so expect good snow. I’m thrilled to have this opening and look forward to skiing the trails. 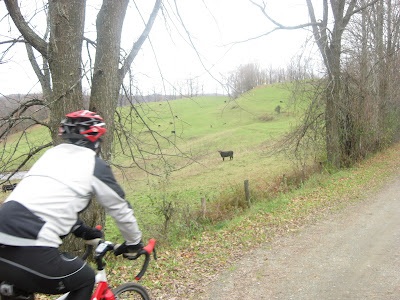 Scenery on the climb up Carpenter Hill

Here is the web page: http://straffordnordicskiing.com/

And lets all get out for their first event, A 5 km Turkey Trot: