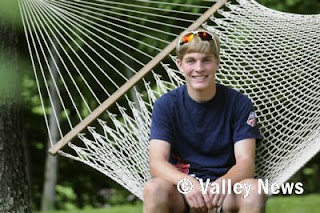 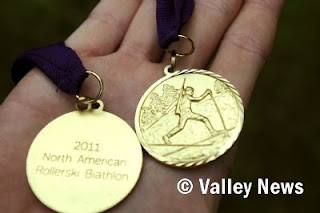 This summer I spent a lot of time working on my hobby of biathlon that I picked up earlier this spring. At the beginning of the summer I went to Lake Placid for a week long camp. While we were there we spent a lot of time working on position. The facility at Lake Placid was amazing, there was so much to do in what down time you had. There were a lot of great roads to ski on since most of the traffic didn’t come all the way out to the OTC. After that camp I proceeded to go to several ski specific camps as the summer went on. Later on the biathlon facilities up in Jericho were hosting the National Summer Rollerski Biathlon races, the week before the races I stayed at the barracks with some other athletes and trained with the US development coach and several top level biathletes near my age. We had 2 races at the end of the week and I won both of the races in the boys category. After the races my family and I spent a lot of time working on finding a better shooting range that is nearer than Jericho.