by Sam M and Paddy; photos by Paddy

In early December, Paddy and Sam had the awesome opportunity to get on some early season snow up in Quebec, Canada.  After a 5 hr drive up past Quebec City and down into the valley below Mont-Saint Anne, a popular ski resort, snow was found!  The snow was a bit slushy for the first ski, but overnight it firmed up nicely and by the end of the weekend, there was some world class skiing to be had.
For the first couple days, everyone was still getting used to their skis, so we went slow and long skate and later, as the snow got better, classic.  Every ski was awesome and had its own feel: some were long and smooth, others quick and fresh, and still others were just plain funky!  One day after a long afternoon ski around one of the mountains, we came to the final trail at the same time as the other group of boys: the race was on!  Flying through the woods at top speed, we all came to a flat, doublepoling into a long gradual descent, someone behind us goes down, but we hold our ground, and into the stadium we go!  Too close to call, three of us throw our feet out to the line and fall into the finish.  An awesome finish to a long day and a wonderful week.
Overall, Quebec was a great opportunity to get on some beautiful snow in preparation for the first early-season eastern cup. 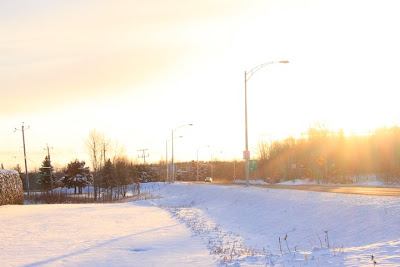 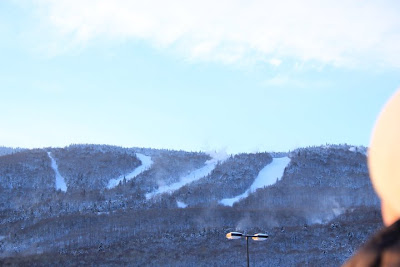