This Sunday we had another rollerski, run, and tug of war combo. We had a very cold start, beginning at the intersection of Campbell Flat Rd. and Route 132 in Norwich, we skied to Huntley Meadow, about 7 miles, and then we transitioned to running. 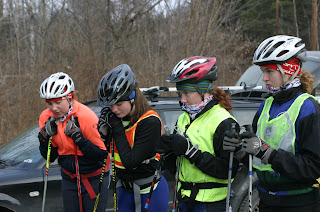 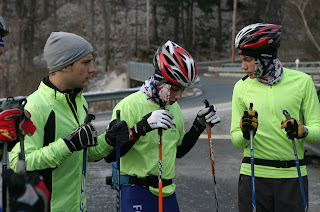 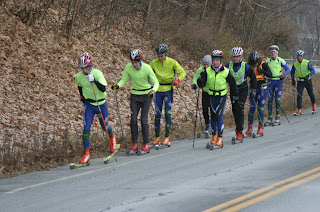 We did spenst at Huntley and focused on our technique, then ran/strided with poles up Dutton Hill Road, to the top of Happy Hill where we were met by many BKL skiers. 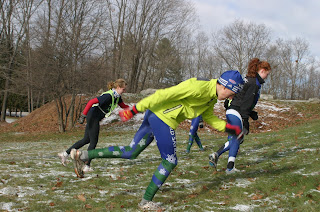 We then had a rematch of tug-of-war, BKL vs. JNT, BKL won yet again. The JNT then split in half and went against each other. The team with Max, Noah, Kate, Sam, and Emily won over the other half. At least half of us were winners. 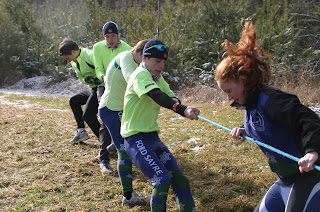 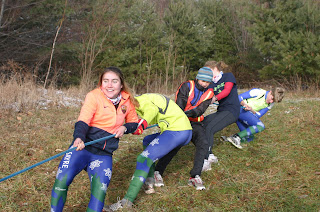 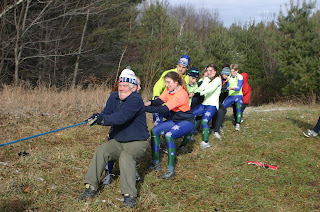