↓
Home Menu ↓
Skip to primary content
Skip to secondary content
As you can tell from Emily’s post below, ODs have evolved to a predictable pattern, rollerski, spenst and run. Obviously we are waiting to snow, but this weeks forecast, heavy rain, means further patience is required.

Although the salt trucks had been out from last Friday’s icing, the road surface Sunday was not as gritty as expected. We had a full roster of JNT skiers and three parents along as cabooses; Dennis provided his typically brilliant coaching commentary. Freshman Tucker did a great job on the rollerski, given he has only been on them twice.

Leaked here are the pictures from spenst two weeks ago. Although spenst was done weekly in summer training, last week there was a collapse in form. Spenst doesn’t lend itself to still images as the motions are so quick, so I found the results amusing.

Remember, all the motions from spenst should mimic skiing. In the picture below, Emily appears to be snapping her fingers as in a chorus line, Max, well, not sure what to say, Dennis is looking on, clearly bewildered, that’s George studying the grass… he’s not hurt or anything. 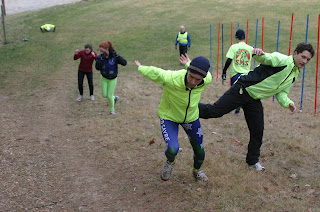 Next picture: Dennis had to stop the session and reiterate the fact that this was a ski drill, not free form dance: Max is doing a good job checking hand position, George is still on the grass, he is ok. 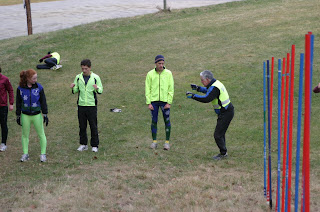 Final picture. With great concentration, the JNT gets the point, this weeks spenst was much better. Good focus Sam. 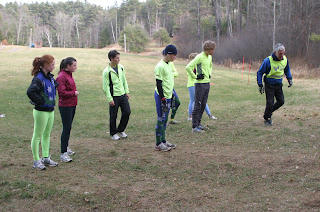 Testing Wednesday… and given the forecast, expect to get wet, here is the radar image from Tuesday evening. Thank you to Scottie and Dennis, who will be standing trail-side timing.