written by Emily and Isaiah
Yesterday morning we left Sjusjøen knowing we had obstacles ahead of us. We had learned of a volcanic eruption within 100 miles of the airport in Iceland and visibility was poor, and on top of that there was a mechanic strike which was preventing flights from arriving and departing Iceland. We arrived in Oslo and checked our baggage. But not without being warned that the plane had not yet left Iceland and we were due to depart in under two hours. That was only the beginning. We then spent about five hours wandering the Oslo airport while Scottie and Dennis madly worked on finding us another way home.
Finally after much waiting around we were informed that we would have to leave the next day and we were staying in a hotel that night. We collected all our luggage and got on a shuttle that took us to a hotel about five minutes from the airport. 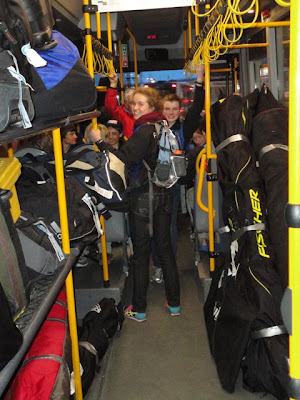 fortunately, no one else was on the shuttle bus!

This was a fairly upscale hotel, and for dinner we managed to work out a deal that was somewhat affordable. All throughout dinner we still had no idea how we were getting home. 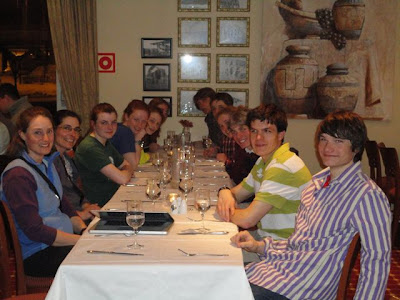 all the finest linens for the weary travelers… 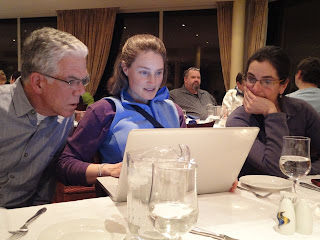 any word from our travel agent?

We all then went to our rooms and waited to find out what would be happening the next day. Around 11pm the coaches had a plan. We were to split into two groups. Nine would be going through Iceland and leaving at 4am, and the other 4 would be going through Copenhagen, Zurich, and finally back to Boston. For both groups we were prepared for a long day.
Our group was going on a tour of Europe. Norway, Denmark, Switzerland, and the US. 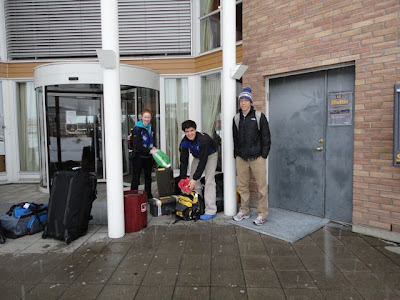 the continental group waiting for the morning airport shuttle

We reached Copenhagen and all the snow was gone. Out the window we could see wind turbines in the bay and all over the coast. Throughout this trip we all decided that the US would be smart to take a hint from the European ways such as these wind turbines. 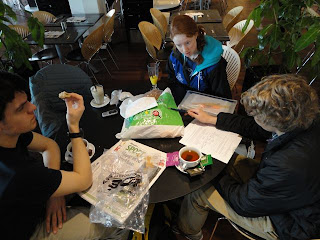 homework in Copenhagen – including Sam’s, although he is in Iceland!

When we boarded we went outside on to the tarmac, which rarely happens in the US anymore. The same thing happened when we arrived in Zurich.  In Zurich the airport was lined with chocolate shops, most giving free samples. Some major differences we noticed included the blatant “SMOKING KILLS” warnings printed on the cigarette boxes and security officers armed with automatic weapons and Tasers.