Written by Rosalie, Emily, and Caitlin.

This morning we started our day early with a beauuuutiful classic tour to Pellestova, which is Scottie’s dog’s namesake.  The tracks were firm and the snow was sparkling.  The sky was blue and it wasn’t too windy…we couldn’t have asked for a nicer day for a long ski.  We wound our way up for a while and then down, down, down through powder.  We were skiing on a plateau, which is much different from any New England landscape…you could see 360 degrees of white with a few specks of evergreens. 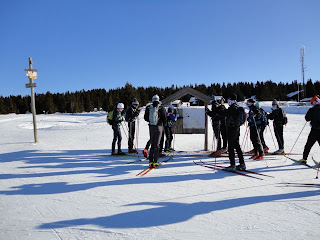 (Philip, this map-studying is for you!)


Some members of the group were fortunate enough to ski to a cabin (the one that Dennis is photographed next to on the Ford Sayre website).
Eventually, we reached a café at Pellestova.  Scottie and Dennis were SO happy, and even a wee bit nostalgic…this is one of their favorite places in the world. All of us enjoyed the lovely hot drinks and waffles that the café provided.  We joked that more Americans would probably ski if it included a stop like this one. 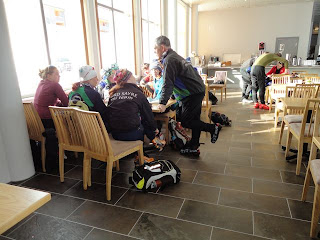 We broke up into two groups for the second half of the ski.  One group opted for a slightly longer ski around a lake and the other went back a different way.  The terrain was mostly down hill and the tracks were blazing fast, so we accomplished our 8/12k in about an hour.
When we got back to our starting point, most of us chose to ski the 14k back to our apartments. It took us quite a long time to find the trail, but once we did, we were well on our way for more downhills.  The trail included a bullet-proof narrow section where we prayed that we would make it around every corner.  Our ski also included the last 7km of the Birkebeiner trail.  We then returned to the Olympic Stadium and skied a few more kilometers downhill to the apartments.  Five hours later, we were exhausted, but in a very good way.  What a ski! 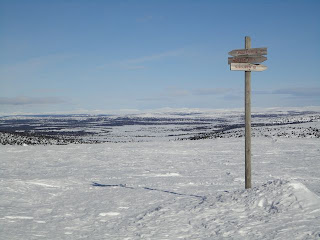